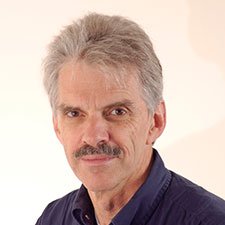 William Brooks studied music and mathematics at Wesleyan University (BA 1965), then received degrees in musicology (MM 1971) and composition-theory (DMA 1976) from the University of Illinois. He taught at the University of California and the University of Illinois before becoming Professor of Music at the University of York, England. In 2009 he was appointed Senior Research Fellow at the Orpheus Institute, Ghent, Belgium, where he also serves as Editorial Officer. Brooks is active as both composer and musicologist, with the two disciplines meeting in his interest in “experimental” music and processes and in his exploration of the relationship between text and music. He has published extensively on John Cage and Charles Ives and, more broadly, on American music; his compositions often explore open form and the intersection of vernacular and cultivated idioms. Much of his music is for voice, and he is himself a singer and choral conductor. His music is published by Frog Peak Music, and he has been commissioned by The Crossing, Trio Mediaeval, The Cleveland Chamber Orchestra, the Kronos Quartet, and the Gulbenkian Foundation, among others. His interest in William Butler Yeats began in response to an Irish Arts Council commission and first resulted in Everlasting Voices, a thirty-minute music-theatre piece for the Irish duo Sound-Weave. Since then he has published a chapter on the topic (in Artistic Experimentation in Music, University of Leuven Press, 2014), lectured extensively, and created a collaborative project, After Yeats, which applies Yeats’s theories to his poems in translation.