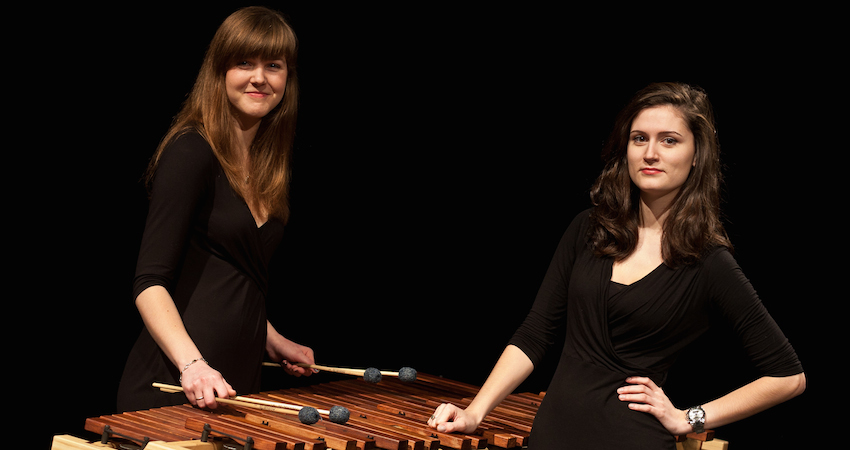 PercusSing are a dynamic new soprano and marimba duo formed recently by Ana Beard Fernández and Zoë Craven, both graduates from the University of York.

Their debut performance was on 1 May 2015 at the National Centre for Early Music, York, as part of the York Spring Festival of New Music. For this concert they commissioned seven composers from around the UK to write for them. They look forward to playing some of these pieces for a second time, alongside a host of new commissions and folk song arrangements, in their Late Music lunchtime recital.

Both Ana and Zoë are involved in the contemporary music scene in the UK, and welcome composers to write for them. Please stay in touch with PercusSing via: www.twitter.com/percussingyork