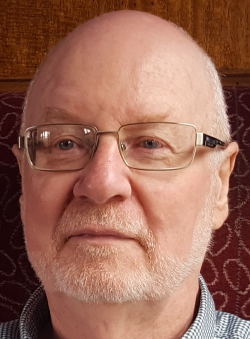 I would like to preface this account by saying that my memories of 40 years ago may not be entirely accurate nor complete, but I hope this personal recollection of the early days of Soundpool, the precursor to Late Music, will nevertheless be of interest. I can’t speak for anyone else involved at that time. Apologies in advance for any omissions and inaccuracies.

Why did you feel the best way to proceed was to set up Soundpool?

I moved to York in early 1981 my arrival there having been preceded by Michael Parkin and Ian Taylor with both of whom I had spent six years studying at UCNW, Bangor in the 1970s. At university there had been plenty of opportunities for performance and those did not now exist.

Soundpool was conceived at a meeting in a pub in York sometime during that year between me, Michael Parkin, Ian Taylor and Steve Crowther (still one of the main driving forces behind Late Music) who by that time had met Mike Parkin and was a student of his. Soundpool was initially conceived as a vehicle for the performance of our work and for the promotion of contemporary music in general. We planned to form ensembles using local York musicians who at that time most of whom we did not know and had not met. Many hours were spent on the phone trying to find performers who were enthusiastic enough about what we were doing to give their time for nothing. I don’t remember exactly but our first concert probably took place in early 1982. I recall rehearsals taking place at Archbishop Holgate’s Grammar School where Barry Russell was a music teacher.

What was Soundpool’s philosophy? What did it do?

Soundpool’s philosophy was simple: to promote contemporary music, including our own, and to try and make contemporary music accessible to the wider community. As discussed below, a number of varied approaches were undertaken which reflected this.

Who was involved at the outset and what did they bring to Soundpool?

Nick Williams, then a student at York University, was involved almost from the outset. He had a major impact taking on the role of regular conductor as well as occasional performer and composer. Others involved very early on included Edwina Smith (flute), Tim Brooks (trombone), Christopher Fox (composer, conductor), Tom Endrich (composer, conductor), Amanda Crawley (soprano), Barry Russell (composer, conductor). Ian Taylor was a regular on both classical and electric guitar, I was an occasional flautist when needed. There were others but I cannot recall names.

Administration was done mainly by Michael Parkin and me to begin with. This involved finding performers, putting together rehearsals, arranging venues, publicity, including design of posters, and, most importantly, the distribution of these posters throughout the city and the university.

Grants were raised from Yorkshire Arts in the beginning and, subsequently, from funding bodies such as the RVW Trust, the Hinrichsen Foundation and others. Michael Parkin was instrumental in acquiring these grants.

Performances initially took place in the Arts Centre and, sometime a little later, in the chapel of St John’s College (now York St John University). Later on, by the mid-1980s concerts were staged in the De Grey Rooms.

What notable successes did Soundpool achieve and what notable challenges did it face?

The earliest, and continuing, challenge Soundpool faced concerned the size of audiences which remained small even with widespread publicity. This led to many discussions as to how we might increase the numbers: should we programme ‘classics’ of earlier centuries; include more well-known contemporary pieces; invite outside ensembles, more well-known players. All of these approaches were, at one time or another, adopted and gradually through the decade audiences did increase.

1984 was the year of the York Festival and Soundpool staged its last completely ‘homegrown’ concert, an evening of music theatre, at the Arts Centre as part of the festival. It comprised ‘Cheap Tricks’ by Michael Parkin and my ‘Mishima: Part One’ as well as a work by Christopher Fox and one or two other pieces. Nick Williams pulled it all together as conductor/leader. There were many weeks of rehearsals with a considerable number of performers. It was quite an achievement for all involved and the whole evening was a success.

How did things change/evolve as the years went by?

By 1984 several changes to the original concept had taken place and various ‘spin-offs’ had occurred. In an attempt to widen the appeal of the concerts to audiences existing ensembles and established performers were being brought in. This meant obtaining increased funding for the concert series as a whole. Over the next few years, I recall some memorable concerts: the Delta Saxophone Quartet, and Michael Nyman and Alexander Balanescu (violin) with an evening of Nyman’s music (mainly from The Draughtsman’s Contract) among them. This latter was, at the time, the best attended concert that Soundpool had promoted.

Three other short-lived ensembles were formed in the mid-1980s as spin-offs from Soundpool and gave performances at Soundpool concerts and elsewhere: Commedia (flute, trombone, cello, dancer), Ancient Voices and Firebird. Barrie Webb (still on the staff at York university as a trombone teacher) was involved in Commedia (trombone) and Firebird (conductor). Alan Hacker and Karen Evans were involved in Ancient Voices which, as its name suggests, included early music in its repertoire as well as contemporary music.

Barrie Webb had, however, become involved somewhat earlier than this. He was on the staff of Huddersfield Polytechnic (now the university), and had maintained links with Michael Parkin who had studied at the polytechnic before UCNW. This led to him being invited by Soundpool to bring his Huddersfield Polytechnic 20th Century Ensemble to York in the early 80s to give concerts at the Arts Centre which included Michael Parkin’s Aware (A-wa-re) and my Changes, Modes and Interludes and Six Winter Haiku, as well as work by Ian Taylor and others. The programmes he gave were also performed in Huddersfield.

Barrie, who is well respected worldwide for his performance of the contemporary solo trombone repertoire, gave at least one solo trombone concert in York premiering Michael Parkin’s Sinfonia and Christopher Fox’s Recirculation. The large ensemble Firebird, drawn from the Polytechnic and others of Barrie’s professional colleagues gave two Soundpool concerts in the mid-1980s in the De Grey Rooms. They included premieres of my Five Pictures and Arabesque, in separate concerts, as well as a performance of Stravinsky’s The Soldier’s Tale. These concerts were also repeated in Huddersfield. With the percussionist Elizabeth Davis he gave a Soundpool concert in the Guildhall in York in ‘87 or ’88. I know my Crystal (for the trombone/percussion duo) was performed; I wish I could remember the rest of the programme as it was an exciting evening. This was Soundpool’s only venture into the Guildhall.

In 1984, I think, Soundpool started the Black Swan concerts, every Friday evening in an upstairs room at the Black Swan pub in Peaseholme Green. These were the brainchild of Mick Wilson, composer and instrument builder. They were staged almost literally every week. A vast amount of memorable (and less memorable!) music was presented there by many local York musicians either as soloists or in small ensembles. These evenings continued for a number of years.

What was the situation in 1991 and why did you decide to hand Soundpool over to Steve Crowther and David Power?

After ten years, Michael Parkin was moving to south Wales and I, to put it bluntly, had had enough. It seemed that Soundpool needed fresh blood, and this was the ideal opportunity to pass it on. Steve Crowther and David Power had both been away from York to university and had returned to the city with enthusiasm and new ideas and were clearly going to be good custodians of Soundpool, which was now well established on the York musical scene.

What composers did you ‘identify’ with then and now?

I can honestly say that I have never ‘identified’ with any composer. Composers that I liked, followed, in the 1980s included Stockhausen, Steve Reich, Philip Glass, Peter Maxwell Davies, Ligeti among others. This list, apart from Maxwell Davies, still holds today. Single works that have been influential, inspiring, include The Mask of Orpheus (Birtwistle); Carre, Mantra, Trans (Stockhausen); Tehillim (Reich).

Can you describe your latest piano pieces (‘Fragments’, to be played by Ian Pace)

These five short pieces, played without a break, are deliberately spare, focused, each one-dimensional. This simplicity is in contrast to much of my music. They are reflections on, re-imaginings of, borrowings from two of my works from the early 1980s: Six Winter Haiku (soprano and small ensemble, 1980) and Sevens (solo piano, 1980 -1984). They have been described (by my brother) as having ‘an almost ethereal quality of suspension in time’. This is the first public performance.