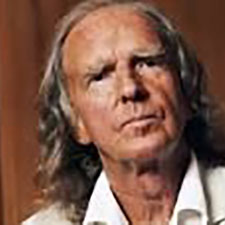 Tavener first came to public attention in 1968 when his avant-garde oratorio The Whale was premiered at the inaugural concert of the London Sinfonietta. As the years progressed his music became increasingly spiritual in conception, contemplative in its idiom, and popular with audiences worldwide. In 1977 he joined the Orthodox Church which was a major inspiration on his work for the following two decades. From the late 1990s he looked for inspiration from alternative sources by his interest in the universalist philosophy, which embraces all great religious traditions: Hinduism, Judaism, Christianity, Islam and the spirituality of the American Indians. Most recently he was inspired by the work of Tolstoy.