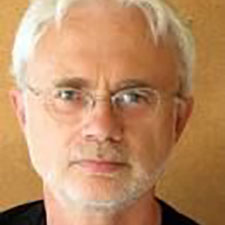 Composer, conductor, and creative thinker – John Adams occupies a unique position in the world of American music. His works, both operatic and symphonic, stand out among contemporary classical compositions for their depth of expression, brilliance of sound, and the profoundly humanist nature of their themes.

Works spanning more than three decades have entered the repertoire and are among the most performed of all contemporary classical music, among them Harmonielehre, Shaker Loops, Chamber Symphony, Doctor Atomic Symphony, Short Ride in a Fast Machine, and his Violin Concerto.

Among Adams’s recent works are his Saxophone Concerto, written for Timothy McAllister, City Noir, written for the Los Angeles Philharmonic, and Absolute Jest for string quartet and orchestra, based on fragments of late Beethoven quartets, commissioned for the San Francisco Symphony’s 100th anniversary.