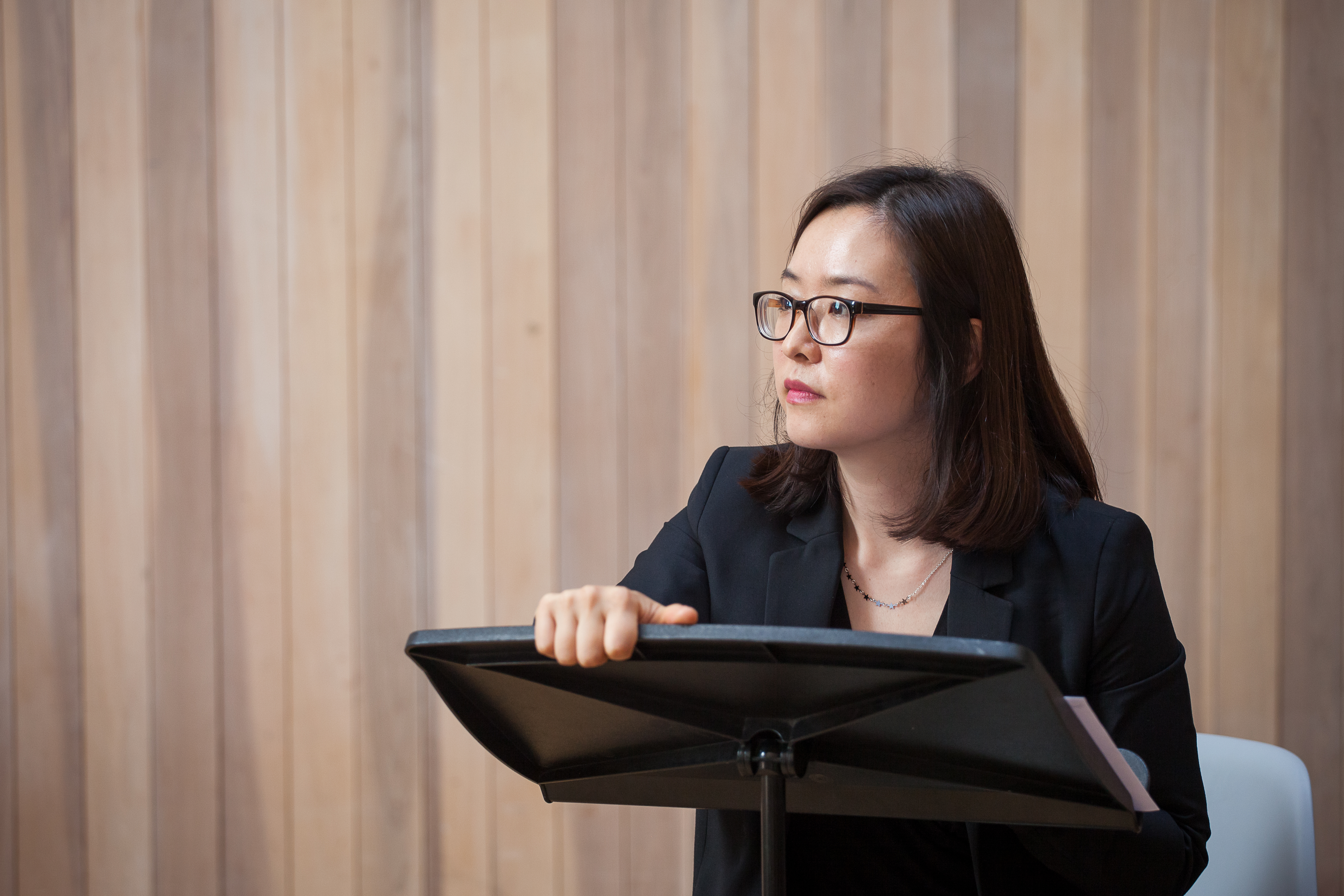 Ji Sun Yang (Seoul, South Korea) is a composer, pianist and accompanist. She studied composition at Sook-Myung Women’s University in Seoul (BA) and in 2003, she moved to the Netherlands, continuing her studies at the Hague Royal Conservatory (BA/MA). She studied with Sue-Yeon Hong, Gilius van Bergeijk and Martijn Padding. She is a PhD candidate at University of York, U.K., supervised by Dr. Thomas Simaku.

Her music was invited to the festivals such as Gaudeamus Music Week in Amsterdam, NL in 2007 / 2008 / 2010, ISCM in Sydney, Belgium 2010 / 2012, Dag in the branding in the Hague in 2008 and Nederlandse Muziekdagen in 2009. She received the commission works by ensembles as Percussion Group the Hague, Spectra Ensemble, Ensemble Klang, Trio Agartha and Doelen String Quartet. Also, her music was performed by Asko Ensemble, TIMF ensemble, Ensemble besides, Trio La Mer, Zenas Kim, Leonard Kwon and Chimera Ensemble.

Ji Sun attended the summer course ‘Ostrava Days 2007’ in Czech and in 2008 she attended the ‘Apeldoorn Young Composers Meeting’ in NL with ‘Orkest Ereprijs’. She travel to U.S. for ‘Bang on a Can Summer Music Festival in 2008’ in Massachutts. The work for percussion quartet has been awarded third prize in the composition competition: ‘percussive arts society in Italy. 2009’. In 2013, she received the LeFanu composition Award, Composition Scholarship, Overseas Student Scholarship. Recently, she is one of the selected composers for higher education program with London Sinfonietta, Sound and Music and New Dots project in 2014.