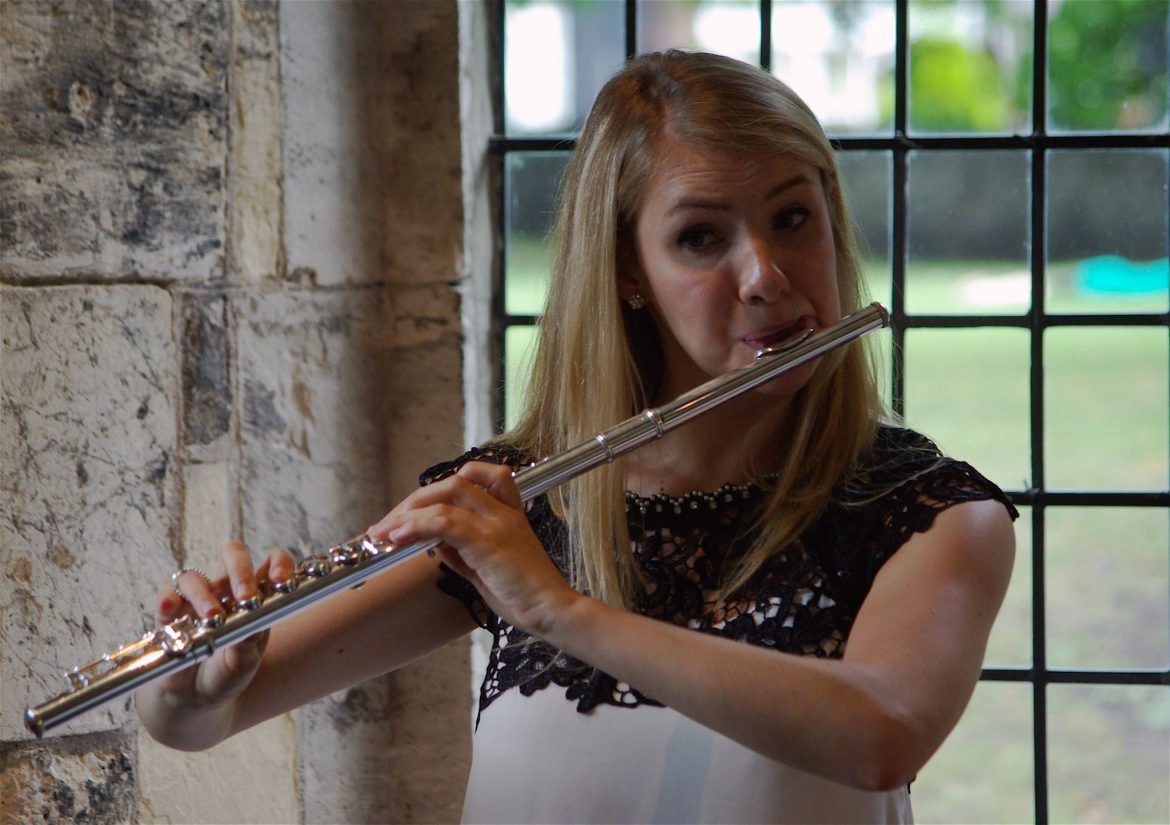 Having graduated from the University of York in 2013 with a 1st Class Honours degree with Distinction, the John Paynter Prize for outstanding contribution, and the Vice Chancellor Award for exceptional achievement, Jennifer Cohen was subsequently awarded a scholarship to study for an MA in Performance Practice, which she passed with Distinction in 2014. Currently studying for a PhD funded by the prestigious White Rose College of the Arts and Humanities, her doctoral research combines philosophical, psychoanalytic and phenomenological theories with historically informed performance practice, revealing a greater understanding of the reasons and processes behind expressive timing decisions in the performance of eighteenth-century flute repertoire.

As a flautist, Jennifer performs frequently as a soloist, chamber musician, and orchestral player. Highlights include Ibert’s Flute Concerto; world premieres of Lourdes Saraiva’s Night View and David Lancaster’s Long After Tonight is All Over; her appearance as principal flautist of the National Youth Orchestra of Scotland in the BBC Proms; many performances in the York Early Music Festival; and regular concerts with the Shambles Wind Quintet, of which she is a founding member. Jennifer has also enjoyed participating in masterclasses led by world-renowned flautists, such as James Galway, Ian Clarke and Wissam Boustany.

As well as performing, Jennifer enjoys teaching her private instrumental pupils, presenting seminars and lectures, and taking her passion into the wider community, where she delivers a range of music workshops in variety of settings.

Highlights of 2016 include a month’s teaching and performing residency at the National University of Music in Bucharest, Romania; an education project in collaboration with the Orchestra of the Age of Enlightenment; a concert of French Baroque music with Peter Seymour as part of the York Concert Series; and a keynote lecture-recital in the York Postgraduate Music Forum.

Upcoming engagements include education work with the Young Sinfonia, Sage Gateshead; outreach projects in collaboration with the National Centre for Early Music as part of the Beverley and East Riding Early Music Festival; and a concert of theatrical and improvisatory music inspired by Meredith Monk with the Late Music Ensemble.