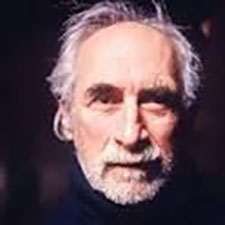 Frederick Rzewski began playing piano at age 5. He attended Phillips Academy, Harvard and Princeton, where his teachers included Randall Thompson, Roger Sessions, Walter Piston and Milton Babbitt. In 1960, he went to Italy, a trip which was formative in his future musical development. In addition to studying with Luigi Dallapiccola, he began a career as a performer of new piano music, often with an improvisatory element. A few years later he was a co-founder of Musica Elettronica Viva with Alvin Curran and Richard Teitelbaum. Musica Elettronica Viva conceived music as a collective, collaborative process, with improvisation and live electronic instruments prominently featured. In 1971 he returned to New York.

Many of Rzewski’s works are inspired by secular and socio-historical themes, show a deep political conscience and feature improvisational elements. Some of his better-known works include The People United Will Never Be Defeated! (36 variations on the Sergio Ortega song El pueblo unido jamás será vencido), a set of virtuosic piano variations written as a companion piece to Beethoven’s Diabelli Variations; Coming Together, which is a setting of letters from Sam Melville, an inmate at Attica State Prison, at the time of the famous riots there (1971); North American Ballads; Night Crossing with Fisherman; Fougues; Fantasia and Sonata; The Price of Oil, and Le Silence des Espaces Infinis, both of which use graphical notation; Les Moutons de Panurge; and the Antigone-Legend, which features a principled opposition to the policies of the State, and which was premiered on the night that the United States bombed Libya in April 1986 (ibid). Between his most recent compositions, the most interesting are the two sets of Nanosonatas (2007) and the Cadenza con o senza Beethoven (2003), written for Beethoven‘s Fourth Piano Concerto.