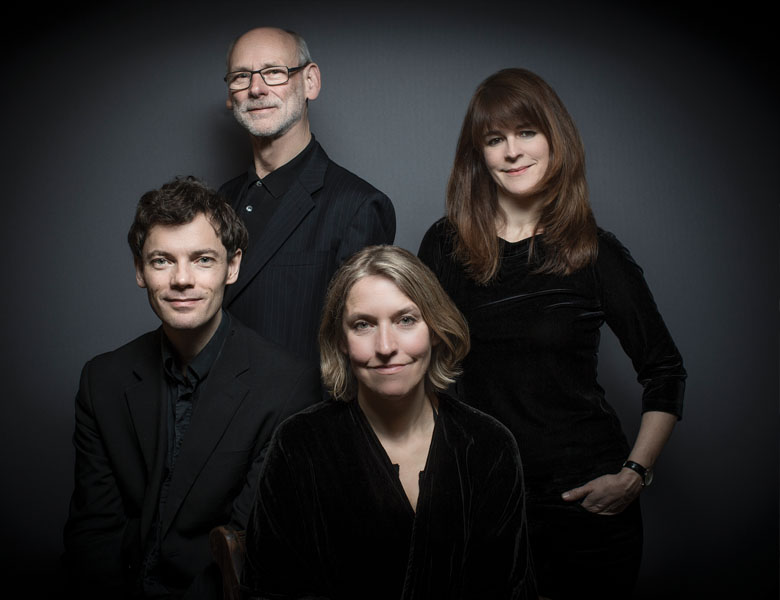 The FSQ is now one of the longest established string quartets in the world. Founded in Michaelmas Term 1968 by four Cambridge undergraduates, the quartet achieved international recognition at the very outset of its career, as a result of its members’ personal friendship with Dmitri Shostakovich towards the end of his life and their championing of all his string quartets following his death. He entrusted them with the Western premières of his last three quartets, and before long they had become the first ever group to perform and record all fifteen.

These discs, which gained many international awards, secured for them a world wide concert schedule, and a long term contract with Decca – all of them are newly available on their London or Eloquence labels. Since 2000 their recordings have been produced by either Linn Records or Divine Art, the latest being the Bruckner String Quintet/Quartet and the complete chamber music by award winning English composer Liz Johnson – all of these available this evening! Highlights of the past season have included a busy clutch of summer festivals, including Beverley Early Music, the English Haydn, Swaledale, Buxton; then London concerts in Copped Hall (Epping), Stow Festival (Walthamstow), St John’s Smith Square, and King’s Place; followed by their annual visit to the USA in February and the Fitzwilliam’s own Hay-on-Wye Festival in March.