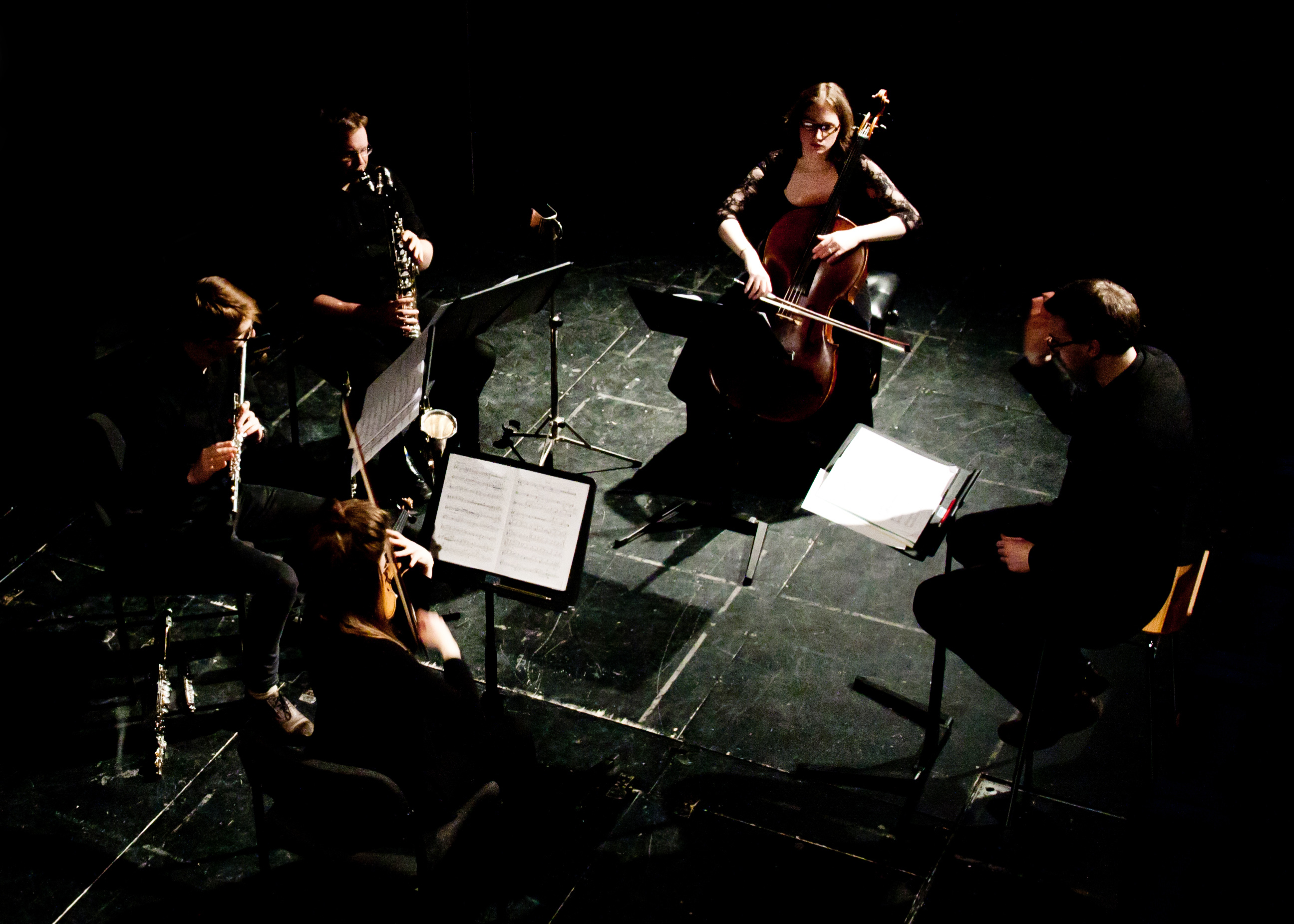 Dark Inventions is a contemporary music group based in the North of England. Formed in 2012 by Christopher Leedham and Martin Scheuregger, the group commissions, performs and records works by composers from across the UK.

Projects have included a theatrical production of Pierrot Lunaire in a new English translation (National Centre for Early Music, 2013); appearances at the Edinburgh Fringe (St Mary’s Cathedral, 2013, 2014); and a tour of the North of England featuring a specially-commissioned work from Philip Cashian (Firewheel, 2014). In March 2015 they featured as part of the critically-acclaimed Wednesdays at the Forge series in London.

In their first CD, Hinterland, three ensemble works are interspersed with four freshly-minted folk song arrangements. Their second album, Firewheel, features new works by emerging British composers, and saw the group working in collaboration with University of York Music Press on a mentoring and publishing scheme.

Dark Inventions has been supported by Arts Council England, Britten-Pears Foundation and Sound and Music.