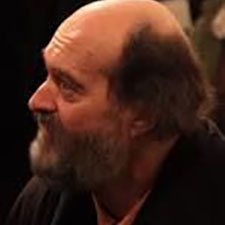 Pärt was born in Paide, Järva County, Estonia. A prolonged struggle with Soviet officials led him to emigrate with his wife and their two sons in 1980. He lived first in Vienna, where he took Austrian citizenship, and then re-located to Berlin, Germany in 1981. He returned to Estonia around the turn of the 21st century and now lives alternately in Berlin and in Tallinn. He speaks fluent German and has German citizenship.  Familiar works by Pärt are Cantus In Memoriam Benjamin Britten for string orchestra and bell (1977) and the string quintet “Fratres I” (1977, revised 1983), which he transcribed for string orchestra and percussion, the solo violin “Fratres II” and the cello ensemble “Fratres III” (both 1980).

Pärt is often identified with the school of minimalism and, more specifically, that of mystic minimalism or holy minimalism. He is considered a pioneer of the latter style, along with contemporaries Henryk Górecki and John Tavener. Although his fame initially rested on instrumental works such as Tabula Rasa and Spiegel im Spiegel, his choral works have also come to be widely appreciated.