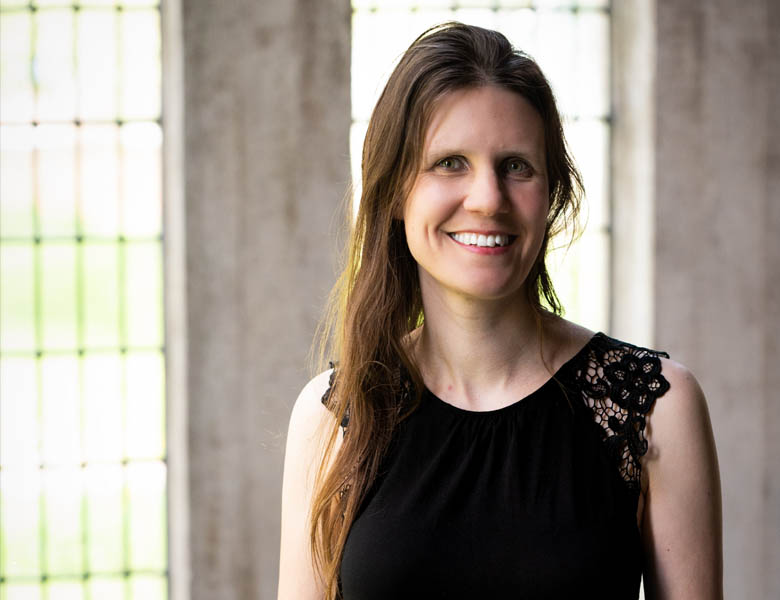 Vocalist Anna Snow studied music at the University of York, where she also completed an MA in Vocal Studies under renowned tenor, John Potter. While at the University of York, Anna developed a strong interest in contemporary vocal music which has persisted into her professional work today. After leaving university, she moved to London where she continued to explore contemporary vocal works under the tuition of Linda Hirst.

In 2003, Anna co-founded juice vocal ensemble with fellow soprano, Sarah Dacey and composer/alto Kerry Andrew. juice (described by The Times as ‘The 21st Century’s answer to the Swingles, or King’s Singers’) are an experimental, a cappella trio who seek to explore and challenge the human voice. With juice, Anna tours nationally and internationally in venues ranging from London’s Wigmore Hall to The Velveeta Room, Texas, where juice appeared as part of Austin’s SXSW Festival. Their debut album, ‘Songspin’, won the international Independent Music Award for Best Contemporary Classical Album in 2012. They have since released their second album on the Nonclassical label, ‘Laid Bare: Love Songs’, and have released ‘Sliding the Same Way’ with experimental folk singer, David Thomas Broughton, on the Song by Toad label.

Anna can be heard on a number of DVDs and CDs. Over the past few years, she has enjoyed working with Damien Harron and Tansy Davies on Davies’ Troubairitz pieces for soprano and percussion, which she has performed live in a number of places including Aldeburgh’s Snape Maltings and London’s LSO St Luke’s (‘Troubairitz’ album, Nonclassical, 2011). The album was shortlisted for an Independent Music Award in 2012.

Anna also enjoys the educational work she does, both with juice and locally to where she lives in York. Juice have been Ensemble-In-Residence at the universities of York and Ulster and have run workshops and longer projects at countless academic institutions. They have run youth projects for the likes of Aldeburgh Young Musicians, Wigmore Hall, Live Music Now and Sound and Music. In Yorkshire, Anna has worked for a number of organisations and institutions, including being a Creative Practitioner for students at Leeds College of Music, working as music leader on numerous projects for NYMAZ (North Yorkshire Music Action Zone) and for Accessible Arts and Media, for whom she leads their inclusive singing and signing choir for young people with or without disabilities (IMPs). Anna recently co-founded Songwires, a weekend singing course for Primary aged children in the York and North Yorkshire areas, with the aim of giving lots of young children the chance to have lots of fun singing and to perform together in a concert venue outside the school hall.