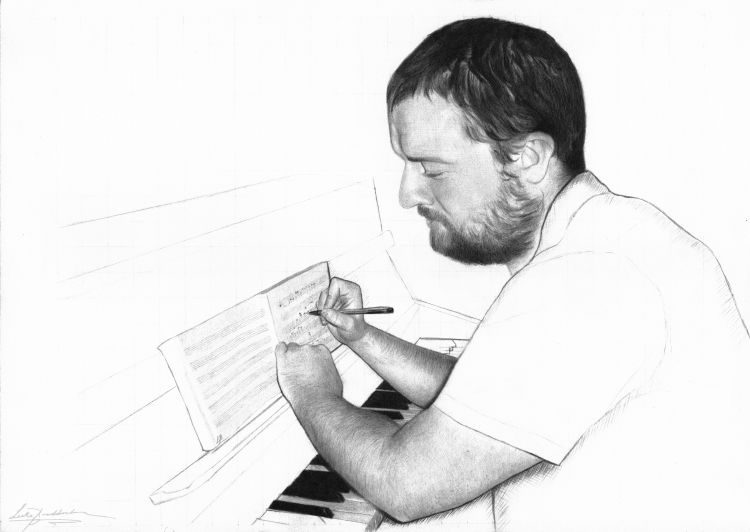 Ben Gaunt (born 1984) studied for a Bachelor’s and Master’s in Composition at the Royal Northern College of Music with Adam Gorb and Paul Patterson. He was awarded the Edward Hecht Prize for Composition during his second year. His Master’s was kindly funded by The Countess of Munster Musical Trust. He is currently at The University of Sheffield studying for a PhD in Composition with Dorothy Ker and George Nicholson, where he won the ‘A Boy Was Born’ Britten Festival Composition competition, was awarded The Gladys Hall Scholarship, and was invited to write a piece for the symphony orchestra. Recently, Ben was shortlisted for the Postgraduate Teacher of the Year Award.

Ben has been asked to write numerous works for various soloists and ensembles, including The Icarus Ensemble, Ensemble 10/10, Christopher Redgate. His music has been performed at a variety of festivals and locations across the UK and Europe, including Huddersfield Contemporary Music Festival, New Music North West, Chorlton Arts Festival, Sonic Arts Festival Colchester, Sheffield Lyric Festival, Music at Duffield, The Bridgewater Hall in Manchester, Spazio Icarus in Reggio Emilia, and the Cornerstone in Liverpool. Performances of Ben’s works have been funded by the Ralph Vaughan Williams Trust, Sir Max Bemrose Bursary Trust, The Frances Chagrin Award, The Bliss Trust and PRSF Composer Bursaries and various other European funding bodies.

Ben has participated in the European Composer’s Professional Development Programme (2012), Sound and Music Portfolio scheme (2013), and the Britten Sinfonia OPUS2014 Scheme. He was selected for Sound and Music’s Higher Education Programme, for which he composed a 10-minute work for Sarah Nicolls, Oren Marshall and members of the London Sinfonietta, premiered at HCMF 2014 and recorded by NMC.

Ben has completed a PGCE at Manchester Metropolitan University, and worked at Hampshire Music Service as a Visiting Music Teacher in Keyboard and Composition. He now teaches popular music, piano, and theory at Harmony Music School, and runs seminars in harmony and composition at The University of Sheffield. His music has been published by University of York Music Press, Simon Verlag für Bibliothekswissen, and CBWSM.